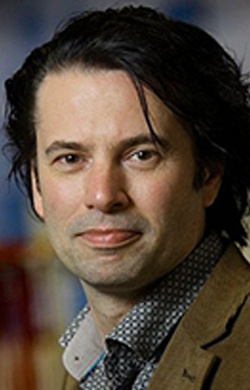 The European Photovoltaic Solar Energy Conference and Exhibition (EU PVSEC), has appointed Prof. Dr. Arno H.M. Smets General Chairman for its 33rd edition, which will take place in Amsterdam, The Netherlands, from 25 – 29 September 2017.

“I am honored and proud to chair the world’s largest international scientific photovoltaics conference in my home country,” says Smets. “Research has played a crucial role in making solar energy the lowest cost power generation technology in many regions already today. Now it’s about quickly proceeding on this path to make sure solar power takes a much larger role in our fight against climate change as soon as possible,” he adds.

Smets is Professor for Solar Energy in the Photovoltaics Material and Devices group at the faculty of Electrical Engineering, Mathematics and Computer Science at Delft University of Technology, (TU Delft) one of Europe’s leading technical universities.

“The EU PVSEC conference and exhibition is the perfect platform for scientists and industry to exchange the latest developments and experience in all fields of solar – from further improving incumbent silicon cells, getting next generation technologies ready for mass production, and working together on the right solutions to re-build our energy system so it can be based on flexible and clean power sources led by solar power,” says Smets.

At TU Delft, Smets is a lecturer for BSc and MSc courses on Photovoltaics and Sustainable Energy. A pioneer in innovative on-campus and online education programs focused on solar energy, Smets is giving so-called massive open online courses (MOOC) at the international edX platform that have attracted over

200,000 students worldwide. For his ‘exceptional contributions to online teaching and learning’, Smets was awarded the first-ever edX Prize in 2016. Smets is co-author of the 2016 released book ‘Solar Energy. The physics and engineering of photovoltaic conversion technologies and systems.’

“Education on solar energy is key for the fast transformation of our energy system. I invite everyone active in solar research and development to share her and his work at the upcoming EU PVSEC in Amsterdam,” says Smets. The Call for Papers is open until 10 February 2017.

Professor Smets research work spans a wide variety of topics related to wafer based and thin film silicon photovoltaic technologies, solar energy applications and new technologies that convert solar energy into fuels. Prior to his appointment at TU Delft, he worked 5 years in the research centre for photovoltaics at AIST in Japan.

EU PVSEC is the most important international conference for the photovoltaics sector. For more than 30 years, it has been serving as the annual meeting point for PV experts from research, development and the industry.

Technological innovations, the latest findings in research, strategies, and economical as well as political framework conditions – the future of photovoltaics will be shaped by a unique alliance between research, industry, and politics at EU PVSEC.

The quality of this event’s program is unrivaled throughout the world – a fact which is ensured every single year by the Scientific Committee comprising roughly 180 international photovoltaics experts. At last year’s 32nd EU PVSEC more than 5,000 authors and co-authors from 90 countries around the world were involved in preparing abstracts for suggested contributions. 1,053 keynote, plenary, oral and visual presentations and 70 presentations for several parallel events were held during EU PVSEC.

The upcoming EU PVSEC will take place from 25 – 29 September 2017 in Amsterdam, The Netherlands. The Call for Papers is open until 10 February 2017.