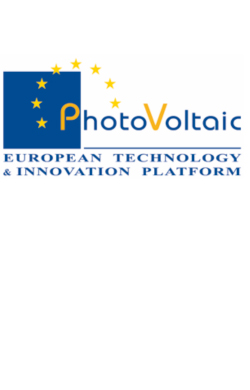 The PV Manufacturing in Europe Conference organized by the European Technology and Innovation Platform for Photovoltaics (ETIP PV) took place on 18 & 19 May 2017, at the BIP House in Brussels. Key industry leaders, scientists, engineers, and policy makers joined to debate the status and future of “PV Manufacturing in Europe”. Over 120 PV specialists from 16 European countries attended the conference.

The Conference was chaired by the ETIP PV Chairman Marko Topič, who opened the conference stating that “Photovoltaics continues to experience a worldwide boom. Europe had installed more than 100 GW by the end of 2016, with more than 300 GW installed worldwide” and added that electricity from PV reached competitiveness across Europe. He also stated, “To accomplish the targets of the SET Plan, Europe must participate in this global expansion by manufacturing and exporting advanced, high-quality PV technology, across the whole value chain at a significant scale. This will generate significant wealth and energy security for the continent. Furthermore, deployment of PV technology will enhance energy security. This will be true for Europe, as for countries across the world.  All major future energy system forecasts show a key role for photovoltaic solar energy. Further, the COP21’s overarching goal from Paris last year to reduce greenhouse gas emissions and to limit the global temperature increase clearly showed that expectations and projections for PV are high. Europe must accelerate R&D and innovation activities to strengthen competitiveness across the whole value chain of PV manufacturing in Europe”.

Arnulf Jäger Waldau, Senior Scientist at European Commission, DG Joint Research Centre of the European Commission, underlined Topič’s statement:”Decarbonising the electricity sector until 2050 is mandatory to achieve the targets of the Paris Agreement and solar is one of the pillars to achieve this decarbonisation. Over the last decades, there is significant continuous technology progress and for all PV technologies the progress has been greater than predicted in various roadmaps”.

Gaëtan Masson, ETIP PV Vice-Chairman and the Programme Chair of the conference, said “PV is mainstream and will be the number one energy source by 2050. However, the complete PV value chain must be represented in Europe, or the innovation ecosystem will collapse. Europe now represents less than 8% of the global PV market and this means that we need a clear industrial strategy and we should consider a ‘Buy European’ policy for public procurement”.

In one of the sessions, the discussion treated technologies that could ensure PV manufacturing developments in Europe in the coming years. The session was joined by major PV companies from Europe and discussed whether new developments could economically make sense for manufacturing in Europe and how key European actors could benefit from them. Dr. Peter Wohlfart, Singulus Technologies pointed out, “that the European equipment manufacturers still play a very important role in the further development of crystalline and thin-film production technologies”. According to Dr. Wohlfart, the European equipment suppliers require three fundamental components to keep globally competitive: A focus on core competencies in equipment hardware and processes,  the cooperation with experienced  and challenging industrial cell and module producers and joint development projects with the globally leading European research institutes to transfer new technologies from laboratory into mass production.

Milan Nitzschke from Solarworld echoed Masson’s words: “Europe needs to keep an intact complete PV value chain. It is not enough to focus on the far upstream and far downstream ends.  Losing the core parts of the industry would impact all other parts and risk to lose the entire EU key enabling technology PV at the end. Europe must continue to differentiate by quality and technological advance. Tech-wise we’re 1-2 years ahead, but we need to restore a fair level playing field in the market.”
The European Technology and Innovation Platform for Photovoltaics (ETIP PV) support the European PV sector in realizing its ambition to be a major player in PV’s emergence as a multi-terawatt power source.